What do you do when, after more than a decade as a stay-at-home mom, you decide it’s time to go back to work?

What do you do when, after more than a decade as a stay-at-home mom, you decide it’s time to go back to work? Do you call your old boss to see if he/she is willing to take you back? Even if your boss is still there (doubtful), a lot has changed in your business in the last ten or so years. Do you call everyone you know and beg them to hire you despite your prolonged “career break”?  Do you start your own business, or perhaps try a career you have always dreamed about but never pursued?

These are questions that many women, myself included, have asked themselves as their children grow older and are out of the house for prolonged periods of time. After being at home for so long, there is a feeling that our skills are rusty and our resumes are – well – a bit lacking in the “Work Experience” section.  There is also the question of whether a full-time job in the city is a viable option for some women, or whether part-time work from home would better fit their current family situation.

Carol Fishman Cohen and Vivian Steir Rabin, co-founders of iRelaunch.com, were asking themselves these same questions and, after much deliberation, started their company to help stay-at-home moms “relaunch” their careers. Every October in New York City, Cohen and Rabin run the iRelaunch Return to Work Conference with the intention of helping stay-at-home moms (1) figure out where to begin, (2) regain their confidence to go back into the work force, (3) assess their career options, (4) begin the job search process, and (5) network in order to find a job best suited to their strengths, capabilities, and family obligations. Sound easy? Not really.  Inspirational? Definitely.

I attended this conference last October after hearing rave reviews from other women in Rye looking to go back to work. The energy in the room was palpable, and the amount of brainpower was somewhat intimidating. The message throughout the day was clear – gaining confidence is extremely important in the relaunch process.  In their book, “Back on the Career Track – A Guide for Stay–at-Home Moms Who Want to Return to Work”, Cohen and Rabin state that “a lack of confidence, coupled with a lack of vision about opportunities in the marketplace, constitute the greatest hurdles to women considering a relaunch.”

So, from a practical standpoint, how does one initiate the relaunch process?

If you are Rye resident Becky Brooks, you revisit your “master plan”, which, impressively, Brooks formulated as a young college student. Brooks always knew that after college, she wanted to get her MBA, gain some valuable work experience, and then take some time off to stay at home and raise children. After college, Brooks worked at Sotheby’s selling high-end European art and sculpture to a global market. She then got her MBA at Yale and subsequently worked at a healthcare management-consulting firm and then as the Director of Advertising and Public Relations at a fashion and fragrance company.

After the birth of her first child, Brooks, as intended, left her job to be a stay-at-home mom. Brooks stressed that she feels very lucky she had the option to stay at home with her kids. Although she always intended to go back to work at some point, three children and 13 years later, Brooks realized that time had “sort of snowballed” and she felt it was the right time to begin her quest to go back to work.

In June 2013, Brooks contacted the career services department at Yale to get the ball rolling. She put together a resume, set up a Linked In profile, and put her nose to the grindstone. Brooks identified private banking as a potential new career because she loved working with private clients and had experience dealing with high net worth clients from her days at Sotheby’s.  She met with a career services company that was very helpful in formulating a road map on how to get back to work.

Brooks attended the iRelaunch Conference in October 2013 based upon her business school’s suggestion. She, like so many others, was inspired by the message – it was the first time she actually heard women speak about their successful re-launch process after a career break. Brooks said having recruiters at the conference that were open to women seeking to re-join the work force gave her confidence that she could indeed find a job. Many of the companies represented at the conference have return-to-work training programs, and Brooks applied for and got a spot in Goldman Sachs’ Returnship Program. After completing her training program at Goldman, Brooks landed a full-time job at Morgan Stanley in their Private Wealth Management group.

As for the transition from stay-at-home mom to full-time employee, Brooks said that at first, she felt “vaporized. This definitely tested my stamina and endurance with the very long commute and long work days in the city.” But she felt energized being back in a competitive work environment and was committed to making the balance work. In the end, Brooks feels very thankful to have gotten the opportunities that she did and is happy to be working full time.

Maryann Cassidy, another Rye resident, recently went through the relaunch process after 14 years as a stay-at-home mom. Prior to having children, Cassidy worked in finance, raising money from pension funds at a money management firm in the city. At the same time, she earned her MBA from Fordham University at night. Cassidy loved her job and the international travel involved. After the birth of her first child, she went back to work and continued full time for 2½ years. Sadly, her father passed away and, just a few months later, her trusted babysitter also passed away. For Cassidy, that was her “aha” moment – she wanted to be home with her children.

Although Cassidy, like Brooks, always planned to go back to work, 14 years passed like the blink of an eye. “My kids were getting older, I was getting older, and I felt like it was time to go back.” Wisely, Cassidy always kept in touch with her former boss and several co-workers all those years. This was a conscious decision on her part (not only because she considered them friends), but also because she knew she wanted to return to work at some point.

Knowing she wanted to return to finance, she pulled her resume together, set up a Linked In profile, and began networking – “the most vital aspect of her job search,” she explained. “I did a tremendous amount of networking – I talked to all my old contacts, then asked them who else they would recommend I reach out to.” Cassidy definitely had moments where she doubted herself, wondering if she was still relevant, and whether there was actually a job for her in finance after all these years.

Cassidy also attended the iRelaunch conference in October 2013 and was truly inspired by all the guest speakers. At that point, she had already been to a few interviews, and decided to make a full-time job of getting a job.

After significant efforts, Cassidy got an internship in spring 2014 at a marketing firm that has many hedge funds as clients. This position gave her what she felt was much needed exposure to the current business climate.  After completing the internship, Cassidy focused in on hedge funds and joined an industry organization called 100 Women in Hedge Funds. It was on that group’s job board that she noticed an opportunity at a small hedge fund in Greenwich. Cassidy had several interviews and landed the position of Director of Marketing/Investor Relations in November 2014. She feels strongly that keeping in touch with her old boss, and the strong recommendation he provided, helped her get the job.

Cassidy points out that her work/home balance is constantly evolving, but that her husband and children have been very supportive. She believes that going back full time has helped her children foster some more independence, and she loves her job.

ALONG FOR THE RYE’D: Mothers of Only Boys

There’s a Crab Onboard!

The Arts Have It at Rye Neck

The Forecast for October Is Perfectly Pink

Leaning in to the Larger Conversation

Garnet Gridsmen Pick Up Where They Left Off 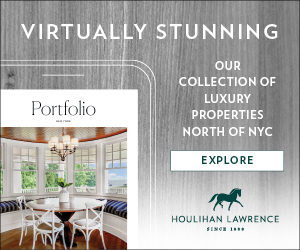 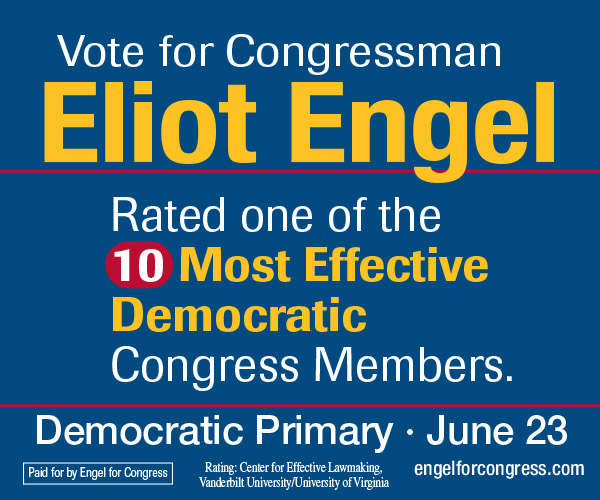