Meet the School Board Candidates

Seven in the Race for Two Seats on School Board

Voters in the Rye City School District will choose two new members to serve on the Board of Education when they cast their mail-in ballots on or before June 9 at 5 p.m. There are seven candidates for the seats vacated by Katie Glassberg and Blake Jines-Story. Voters will also approve or disapprove the revised District Budget, which was released to the public on May 19.

The candidates will appear on the ballot in alphabetical order. To attempt to give some sort of balance, the paper publishes these interviews in reverse order. 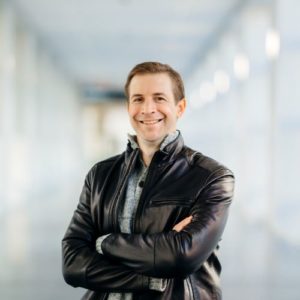 “With three young children, two of whom will be at Osborn this fall, the health and success of Rye City schools is very important to me,” says Tom Stein. “And with the board now lacking any members with legal experience, my training and experience as a lawyer will prove quite valuable.” But it’s not just familiarity with legal issues that impels Stein to run.

“Having served on both corporate and non-profit boards, I know how they run and how to effect change in a productive way.” Stein places great emphasis on his understanding that board members are not there to run the District. That’s the superintendent’s job. “The role of the Board is to provide oversight and support,” says Stein. “When questions arise, I know how know how to dig in, ask the right questions, and arrive at a solution.”

Is there any particular aspect of Rye City Schools that demands attention? Stein feels that to be a successful school board member, one should have “no agendas” and apprehend each issue with an open mind. Most importantly, he believes it is crucial that the Board supports the superintendent; unless, in an unlikely event, a change in leadership is needed.

Given the likelihood of cuts in state aid, the Board faces unprecedented fiscal challenges. “We should not be reactive,” says Stein, “but think in the medium and long term. The taxpayers and the schools have a shared responsibility in these trying times. There may be sacrifices that both will need to make.” 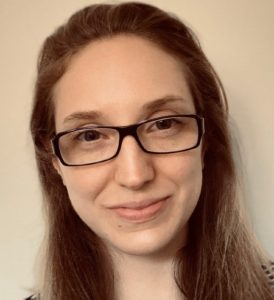 “We need some fresh perspectives,” says Mia Schultz. A registered nurse who works at The Osborn, Schultz finds there are parallels with what’s happening at the schools and on the front lines confronting Covid-19. “You need to keep up with changes and be adaptable.” Certainly, Schultz believes that the District will need to adopt good infectious control practices – “something I’m well-versed in.”

Shultz, a product of Rye schools for grades 5 through 12, has nothing but praise for the District’s distance-learning projects. “It was incredible that they got this going overnight. They have done the best under the circumstances.” With one child in kindergarten, and another in pre-school, she is well aware of the strengths and weaknesses of online learning.

“Currently, I am working on technological issues related to medical records and patient care, so I am grappling with digital issues,” says Schultz. The central questions are: “How do we promote critical thinking and hands-on learning, and how do we ensure that the individualized needs of every school child are met?” We always need, asserts Schultz, “to keep in mind that a key aim of education is “to raise publicly aware and socially responsible citizens.”

As to the unique fiscal problems all New York state districts face, Schultz thinks that “we may exercise a sort of triage. Address the most pressing needs, recognize the need for long-term solutions using technology, and perhaps postpone the least critical.”

Schultz closed her interview by reflecting on the pandemic. “This has been trial by fire. We learn as we go. At times, it is frustrating; I’ve seen the loss of life first-hand.” But she remains optimistic. “I believe some good will come from this. We will learn how to change and adapt, and I hope we take these lessons to heart.” 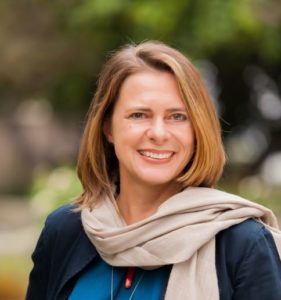 “I’ve been passionate about learning for years,” says Petra Nemeth. “Indeed, I changed my career in order to focus on adult learning and executive training.” In that role, she has worked with school districts and superintendents to help them become better leaders. “I know many of the challenges that superintendents and schools face.” As a consequence of working with public, private, and charter schools, Nemeth feels she will bring a wide variety of perspectives and experiences as a board member.

Nemeth has a long relationship with Rye City schools. As the mother of three, she has served as a member of the Green, Healthy Food, and Excellence committees at Midland, and has worked closely on the Middle School’s Expos. One project she is particularly proud of is the RMS Diabetes Club, which was she was instrumental in creating.

Regarding the fiscal challenges that the District faces, Nemeth says that her role will be to listen and understand. “That said,” she continues, “The Board must look at what are the essentials and what are the nice-to-haves.”

As to the $80 million bond, “We need to know what the state funding will be. Maybe the phasing will need to adjusted. “I have full trust in Dr. Byrne. He’s a fabulous leader. If he says we should go ahead, we should go ahead.”

Nemeth believes the use of distance learning this year may enable the District to “leapfrog” digital development. She recommends that the District adopt a “blended approach” that accelerates learning. “That may require the reformatting of how we teach – not simply reproducing the classroom digitally.” 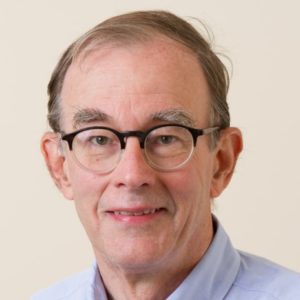 Few candidates for the Board can boast the long perspective of John Leonard. He has been a homeowner in Rye since 1978.

“I have always been interested in quality public schools, “says Leonard. “I sent our son to Midland School, and on returning to Rye after living in London, I took the opportunity to analyze issues, such as the two construction bonds.”

From his perspective, it seems particularly timely for him to run this year. “I have a financial and control background, working 42 years as a banking officer, equity analyst, and portfolio manager; and I believe I have the ability to ask the right questions and make sure that the alternatives are thought out.”

With Governor Cuomo mooting potential cuts between 10% and 20%, the question of finances is an urgent priority for the School Board. Leonard thinks “this may not be just a one-year phenomenon, and wonders if the appointment of an independent finance committee, like the one that the City of Rye employs which draws on some of the best financial minds who live in the District, might be a good idea.” He adds, “Whatever actions the Board takes, in these difficult times, we are going to need the broad support of the community.”

Leonard says he entered the race because he believes he can contribute to building a consensus within the Rye community to sustain educational excellence in uncertain times. 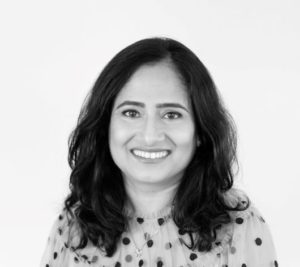 “I think that I am equipped to be an advocate of our children and our public schools,” says Pooja Kotecha. “We are going to need strong, supportive board members to help us get through this new environment.”

Kotecha acknowledges that there will be cuts to state aid to Rye schools. “We need to ensure that any reductions we make are made as far away as possible from the classroom. We should reduce the impact on students and make decisions that don’t affect the existing educational program.”

She is not in favor of postponing the implementation of the $80 million bond. “It’s a long-term project,” states Kotecha. “We should stick with this. This crisis is still a short-term issue; the construction project is meant for the next 30 years.”

Kotecha, whose son attends Midland School, is the director of engineering at Medidata, a company that provides platforms for clinical trials. “I am very supportive of the changes the District is making in the STEM fields, particularly the adoption of Math in Focus as the elementary math textbook.” Kotecha believes that her background in technology and the use of data will be a resource for the District if she serves on the Board. 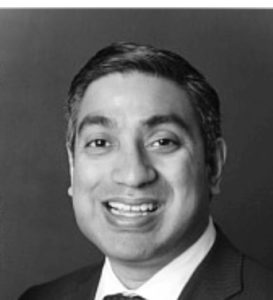 As a partner in the investment bank Tyton Partners, which invests in education companies, Vivek Kamath believes there are many ways he can contribute to the success of the District by serving on the Board.

“Primarily because I have a lot of experience helping companies navigate the K-12 landscape, I bring a knowledge of what works in curriculum, services, and professional development. My focus is on pragmatic solutions that are efficacious.”

As the pandemic has necessitated distance learning, how does Kamath see the use of technology going forward? “Everyone is going to have to adjust,” he says. He thinks that some of the best practices that have emerged during the crisis should be a permanent part of education. “Whether that’s creating better equity solutions for students who are financially challenged and who don’t have access to high-speed internet, or creating better communication tools for parents, those are things that are going to have to be solved going forward.”

Kamath adds: “We have to come up with a balance of in-school and distance learning. All of those solutions create data as to how students are performing, and can help the student who is struggling and falling behind. The advantage of technology is the ability to customize instruction. It’s highly critical.”

Regarding the impending cuts in state aid to education, Kamath, whose daughter is entering kindergarten this fall, asserts there are ways to maximize performance while being both prudent about spending and recognizing you must make investments. He is not in favor of postponing the implementation of the $80 bond project. “It’s a long-term investment in creating excellence for our schools.” 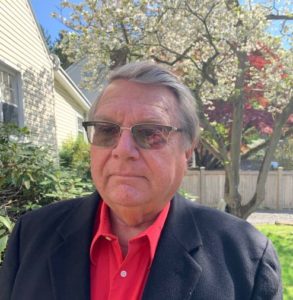 As a former president of the Rye City School Board for four years, and a member of the board for 12, Jim Culyer believes his experience and proven leadership skills make him uniquely qualified. “I have continued to serve the District as a member of the Facilities Committee, and I hope to contribute, as a member of the Board, to maintain the excellent schools our children deserve.”

Facing unprecedented circumstances, Culyer emphasizes that the Board is dealing with a series of unknowns. “We don’t know if the governor will mandate split sessions, alternate days, or lunch in the classrooms: we don’t even know when the schools will open this fall.”

On a positive note, Culyer asserts that the District starts from a strong financial position. “If state aid is cut by 20%, or $725,000, that is still a relatively small amount within a $90 million-plus budget. “There are items in the budget, for example, that can be pushed forward into this fiscal year, and the District has the flexibility, regarding the bond, to borrow when the Board determines it is fiscally prudent. Culyer also notes that there are savings to be made in the use of outside consultants without affecting teachers or teacher’s aides.

Regarding the use of distance learning, Culyer believes that teachers have constantly improved the online experience. “The one thing that distance learning can’t provide is the one-on-one relationship between teacher and student forged in the classroom.”

Rye Neck Community on the March

A Warm Welcome to New Faculty, Administrators, and...