At its February 7 meeting, the Rye City School Board, Interim Superintendent Dr. Brian Monahan presented his proposed budget for the 2017-2018 year. The budget assumes all current programs will be maintained with a net increase of nine new faculty positions. A 2.64% increase in the levy is compliant with New York State’s Tax Cap law.

For the average Rye property owner, the levy equates to a $649.20 increase in taxes.

“We are pleased this proposed budget is tax-cap compliant while maintaining the programs and levels of excellence that this community values so much,” said Board President Katy Geohane Glassberg. Dr. Monahan, who joined Glassberg in an interview with the paper last week, explained his budget adds positions in the areas of English Language Training, Occupational Therapy, Art, Music, Foreign Language, and Physical Education, as well as a security guard at Rye Middle School.

As is often the case, the School District holds its breadth each year regarding school enrollment, which often exceeds demographer’s forecasts. Nevertheless, Dr. Monahan thinks 2017-18 school enrollment will be flat, around 3,467 students. The District expects no increase in State aid (currently $3.6 million), nor does it expect relief from the many New York State mandates it labors under, despite the tax cap.

Salaries and Benefits represent 77% of proposed spending of $86,930,075. Total salaries, including additions to staff, increase approximately 4.4%, employee/retiree health costs will grow 3.3%, and, projected pension costs will decline by about 10%. (The rise in the stock market due to the tech sector for anyone who was able to buy Netflix shares or Apple shares over the last five years has enabled the State to reduce school districts’ contributions to its pension system.) Overall, total spending increases, budget to budget, by 2.19%.

As in previous years, the District proposes to use some of its undesignated fund balance to fill the gap between revenues and expenses. In 2016-17, $2,330,000 of the fund balance was utilized; the Superintendent’s budget for 2017-18 uses $2.1 million.

The Board of Education will hold hearings on the proposed budget beginning March 21. The public votes on the Board Adopted Budget May 16.

As the 2017-2018 budget was being proposed, the Rye City School District announced the signing of a three-year contract with the Rye Teachers Association, covering 2015-2018. Dr. Monahan described the agreement as being “fair to both sides.”

Among the changes in the new agreement, salaries will “rise a bit more slowly,” two more teaching days will be added to the school year, there will be a five-minute gap between class start times, and teachers will get a ten- minute break after three hours of teaching.

Board President Glassberg praised the cooperative approach the RTA took in the negotiations. She remarked, “We all acknowledge that we live in a tax-cap world.”

Governing the City of Rye

With Goal of Passing a Bond, School Board... 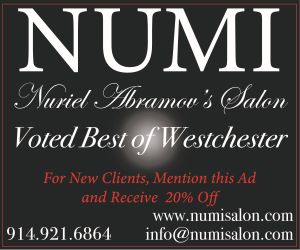