Panthers look to advance in the playoffs in 2019.

2018 Record: 15-7. Panthers lost 3-2 in extra innings to eventual Class B champion Pleasantville in the second round of playoffs. They lost ten seniors, including Jack Sheldon (Lafayette) and Conor Liguori (Eastern Connecticut).

What will success this season depend on? “We have a very young and inexperienced team. Our season will depend on how well the newcomers blend with the returning players.” 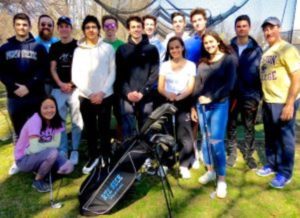 Returning starters: “Our top three are juniors Ronan Heaton, Michael Miller, and Luke Masciopinto, who are all capable of shooting in the low 40s. Junior Adam Galluccio also returns and should battle for the sixth spot.”

New to the varsity: “We have some new players who have a good chance to get in the lineup right away. Eighth-grader Chelsea Wang has been looking very good at the range, and she beat me our first time out on the course! Senior Rafael Zyngier and sophomore Jackson Hillyer are both hitting the ball great.”

What will make the season a success? “I think we have a very good chance of being over .500 and can put a scare into the top teams. It will be great to see the development of Chelsea and I think she has a strong shot to make the Girls Sectional Tournament.”

Next match: At Horace Greeley, Wednesday, April 10 at 3 p.m.

2018 record: “Last year was an important year for us in terms of building the program in Rye Neck. We took a year away from varsity to compete at a JV schedule, to help build experience with our younger players. Overall, last year was a success and the team learned a lot. They’re looking forward to displaying their hard work this season.”

Returning starters: “We have five starters returning and a handful of young talent coming up.  Jon Casas, Ryan O’Rorke, and Tyler Simon will be major contributors.

What will make this season a success? “Success will be based off the effort that the boys put into the season. If they work together and battle through the hardships, we will make some noise this year. But overall, we are looking to play as a unit and continue to challenge each other to reach new limits in the game.” 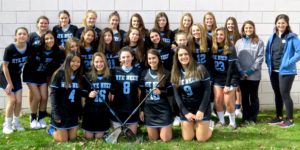 2018 record: “Last year’s team built a great framework for our team this year. The girls worked together, bonded as teammates, and began to build a name for themselves on the field. This year we are working to follow in their footsteps and take it one step further. Graduated: Jessica Gottlieb, Kathleen Dasilva, and April Zhang.

What will make this season a success? “Working together and striving to win, building our knowledge of the game, improving our skills, and having a good experience along the way. That will be our true measure of success.” 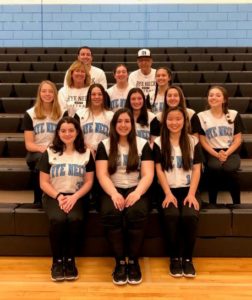 2018 record: “We lost in the Sectional B finals, 3-0. We had a fantastic season and were league champs for the fourth year in a row.”

What will make this season a success? “How well we gel as a team and how hard we work on offense and defense.”

2018 record: They went 10-2 overall, won their league for the fourth year in a row, and competed well in the Conference tournament. “I was proud of our kids for their effort, commitment, and overall achievement.”

Returning starters: Six players are back.

What will make this season a success? “We’re in a new league and we need to bring our best effort into every match. The boys need to be consistent with their strokes and make each point competitive, and they need to maintain a positive attitude throughout the season.” 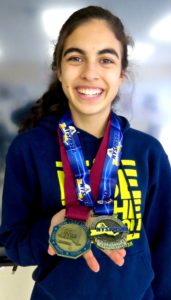 2018 record: “We had a strong season last spring and hope to continue to capitalize on that success. We also had a great winter season and many athletes from that season are continuing to build on what they’ve done.”

Captains: “Seniors Enora Lauvau, Melissa Valqui, Dan Fujiwara, and Daniel Ricci work well together and have a great mindset for how they want the season to go.”

“Daniel Ricci and Melissa Valqui look to continue the successes of the throwers in shotput and discus. Racewalkers Juniors Tiana Colon and Juliana Silva hope to improve their time and vie for another chance at being league champion (both have been winners at the league meet — Tiana two years ago and Juliana last year.

“State Champion Sonia Finkenberg, a junior, is eager to tackle the 800 and 1,500 and maybe even a few relays.”

New to the varsity: “Sophomore Alexa Guedez will be a real threat in several events, especially the high jump. Junior Korey Greenland and senior Ryan Ramos add some great speed to the boys sprinting program and hope to contribute to the jumps and relays. Sophomore Anna Murphy and freshmen Ben Taffet, Olivia Auffarth, and Samantha Haviland look to help the team in several areas, including mid- to long-distance runs, jumps, and throws.”

What will make this a successful season? “It will come down to using our size to our advantage. This is the biggest team we have had in recent years—48 athletes—so we need to make sure everyone is competing in different events so we can score more points, break more school records, and hopefully come back with even more league titles (and hopefully a few County and Section titles as well). Communication and trust are crucial, as everyone needs to work together to be a successful team.

“We have been working hard to put together a successful program and hope to see the fruits of our labor pay off with breakout performances all around this spring.” Sonia Finkenberg won the 800 last week at the Tusker Twilight Invitational.”

Athlete Of The Month

A Good Recipe Can Take You Far

The Perspectives of All Rye Residents on the...