With three candidates running for two seats, this year’s Rye City School District Board of Education election actually is a horse race. The candidates are Jennifer Boyle, running for a second term, and newcomers Jane Anderson and Pooja Kotecha. Former board president Katy Glassberg decided not to run for reelection.

As Vice-President of the Rye City School District Board of Education, Jennifer Boyle looks back on three years of accomplishments. “One of our biggest achievements, aside from the hiring of Dr. Byrne, who is a wonderful fit for the District, is our development of The Rye Commitment.” 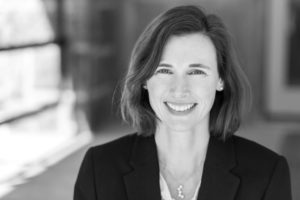 According to Boyle, “It gives us a framework to fulfill our promises to administrators, teachers, parents, and the wider Rye community.

We use it all the time to guide our forming new curriculum, supporting to the staff, and teaching the skills students need today.”

Looking forward, what will Jennifer Boyle concentrate on if she is elected to a second term?

“The Bond, of course. But in addition, I hope to keep focusing on many of the pieces that we have put together over the last three years. I believe that learning encompasses academic achievement along with developing social and emotional skills.”

When asked if she has any particular concerns or worries, she replied, “My biggest fear is that one of the systems in need of repair, such as the electrical system, breaks down and we are facing an immediate, big problem.”

Pooja Kotecha emigrated from India to the U.S. twenty years ago. She credits the value of education for making her life in America so fulfilling and rewarding.

“I deeply care about education because of the role it played in my life, and I want to help kids learn to grow and be better citizens,” said Kotecha. “I hope to contribute as a board member in any way I can, particularly by bringing my technology background to help the District.”

Kotecha started her professional career as a computer engineer. Upon moving to the U.S., she worked for IBM for fifteen years and received a master’s degree in Computer Science. She now works at a startup, Turbonomic, in the field of cloud computing where she manages 15 engineers.

“We moved to Rye three years ago because of the schools, the extraordinary beauty of the setting, and the sense of a small town where you constantly run into people you know,” said Kotecha. She and her husband have one child who attends Midland School, and she participates on the Midland PTO. She is also a member of the District’s Technology Committee. Her current focus is on improving the Midland Express, a newsletter that goes to all the parents every Tuesday morning. “I think, said Kotecha, “we can do a better job technologically by enabling items to be automatically uploaded to the parents’ digital calendars, for example.”

As to what she hopes to accomplish on the board, Kotecha stated, “I want to make learning simpler, easier, more engaging, and not have kids feel burnt out. And to do more in the area of STEM by preparing our kids to compete better in fields that the whole world is concentrating on. Give them the fundamentals and the ways to understand and apply these STEM skills. We want to impart students with the confidence to deal with a dynamic environment.” 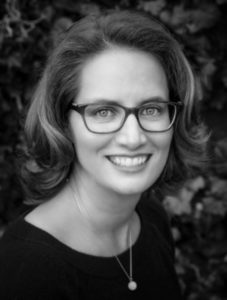 When asked why she is running, Anderson replied, “I know that where you spend your time is what you are passionate about. My professional career and volunteer experiences are all in education. Serving on the Board of Education would allow me to continue contributing to the success of all students.”

Tune to RyeTV to watch the tape of the candidate forum hosted by the local League of Women Voters on May 9. The election is Tuesday, May 21. Cast your vote in the Rye Middle School Gym from 7 a.m. to 9 p.m.

And a Tree Grows at Rye Middle School

Let the Music Force Be With You

SCHOOL OF THE HOLY CHILD

Congratulations to the Rye High School Class of...