SLICE OF RYE: Our First-Class Postmaster

SLICE OF RYE: Our First-Class Postmaster
At a recent meeting of the Chamber of Commerce, the group welcomed “newcomer” Robert Glennon.

At a recent meeting of the Chamber of Commerce, the group welcomed “newcomer” Robert Glennon. But while he’s the new Postmaster of the City of Rye, he’s very much at home in the community.

Born and raised here, Glennon attended elementary school at Resurrection and graduated from Rye High School in 1980. And he lives in Rye today with his daughter Michelle.

While in high school he played basketball, football, and track. Even now, athletics are an important part of his life. He has run in several marathons, and he continues to play in Rye’s softball league, on the Tony’s Legacy team.

Growing up, Glennon recounts that he often thought about getting a job with the post office. He liked the idea of working outside, being his own boss, and getting to know the people on his postal route.

So, after several years of holding a variety of jobs, he started as a letter carrier in Harrison in 1987. After 13 years he transferred to Mamaroneck, where he worked for another 13 years. During that time he began to take on a variety of management level positions, including filling in as the Officer in Charge of post offices around lower and mid-Westchester County while other OIC’s were off-duty for one reason or another. Before assuming Rye’s top postal position, he served for a year as Postmaster in Hawthorne.

All along, Glennon was hoping that eventually he would be able to work in his hometown. That hope came true when he was asked to serve as OIC in after the previous postmaster retired. The very next month he was promoted to the position of Postmaster.

As such, his primary responsibility is to ensure that the post office’s many postal services are carried out efficiently and correctly. He oversees the work of 32 regular employees and four “city carrier assistants”. Six clerks cover the customer windows and work with the carriers to sort the incoming and outgoing mail. Rye has 20 carrier routes, with one carrier for each route, along with four substitutes that fill in for the regular carriers’ days off, vacations, and the like.

Glennon says that his team in Rye is the best working group he’s ever known in all the post offices where he’s been over the years.

The thing he likes most about working for the post office is “helping people get the most support they can in getting the services they are requesting.”

He also says that for its size, Rye handles a very large amount of mail and packages — averaging over 40,000 pieces of mail and 1,000 parcels per day.

One reason Rye’s office is busy is that they accept “walk-in” passport services Monday through Friday.

They have a special room set up to prepare the application, take the photos and then send the applications on their way. Customers can also schedule appointments for passport services on Saturdays during their abbreviated hours.
Budgeting is the most difficult part of his job, having to balance the expenditures with the many demands for service.

Over the past few years a number of new services have been added to meet the needs of postal patrons. There is a self-serving “SSK” machine in the mailbox area of the lobby where people can mail letters and packages 24 hours a day, 7 days a week. And, they’ve set up lockers in the mailbox area where people can get packages too large to fit in their box, also 24/7.
Rye customers can also benefit from the postal service’s new alliance with Amazon, whereby packages from Amazon are delivered by Rye’s city carrier assistants. And then there’s Amazon Fresh, whereby Rye residents can order food online and have it delivered through the White Plains postal delivery system.

At Glennon’s visit to the Chamber of Commerce, he also talked about the postal service’s Every Door Direct Mail (EDDM) program. If a store wants to target a particular community or zip code, they select these areas on a map and then deliver their printed mailing to the post office serving that area. (To learn more, go to usps.com/everydoordirectmail.)

What’s ahead in the coming years? Glennon predicts that the volume of parcels being delivered will continue to increase, so that new delivery vehicles will have to be larger. And he’s a firm believer that future generations of postal patrons will still want to send and receive actual letters.

This past spring, he recalls, he worked with teachers and students from Midland School to write and mail letters to participants in the upcoming Special Olympics. And when they brought their letters to the post office, the students were amazed to see how the delivery scanner tracking system works. Perhaps some will become postal employees in the years ahead — as did one Robert Glennon.

McHugh Has Breakout Summer on the Links

Leaving Home After So Many Years

Joan Kleinbard, Who Turns the Ordinary into Extraordinary

Soldi Foster Has a Case of Wanderlust

With Ingraham Taylor, Hope Is Never Far Away

Slice of Rye: One Inspiring Commuter 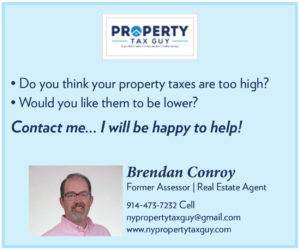