Take slime, sleeping mold, a Barbie doll dunked in corn starch quicksand, bubble gum viscosity, and over 100 student scientists and you get a glimpse of this year’s Osborn Science Night, held May 17.

Take slime, sleeping mold, a Barbie doll dunked in corn starch quicksand, bubble gum viscosity, and over 100 student scientists and you get a glimpse of this year’s Osborn Science Night, held May 17.

“We have 89 projects this year,” said Rich Savage, physical education teacher and coach, who has overseen the science circus for nine years.

The types of experiments have gotten more complex over the years and most ideas come from either previous experiments or online. “The level of sophistication of the entries has increased over the years. In the beginning, probably 80% of the ideas came from books and maybe 10% online. Now that ratio has probably flipped,” said Savage.

Fourth graders Bhavya Kapoor and Jena Yi presented the result of their research on color chromatography with a netbook display, an original poster charting their measurements, and many colorful tongue depressors.

The girls were determined to do a unique presentation. “This is one that no one else thought of. We didn’t want to go with an easy one,” said Bhavya.

Eric Dowd and fellow mad scientist Matt Beiger, also fourth graders, took originality in a different direction by using an unclothed Barbie doll to demonstrate the qualities of cornstarch quicksand. (Barbie had no comment, but look for a Mattel lawsuit later this spring.)

Rock candy mavens Sophia Cetina and Nicole Francis, both fifth graders, drew an enviable crowd to their display with a plentiful supply of samples.

They gave out rock candy pops to those who stopped by to guess which of three jars contained the real sugar solution needed to grow the candy.

The amount of sugar has to be just right apparently. “We tried to make a low-sugar version but it didn’t work,” said Sophia.

Sharpen Those Math Skills this Summer

It’s the Law: Do Not Knock Registry

How Does Your Garden Grow?

Rye High Teens Are Turning Heads in the...

At the Movies: Wonders Never Cease in “Life... 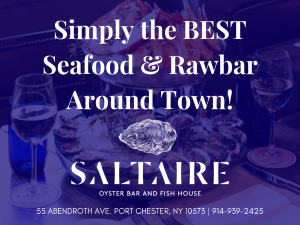