Sizing up the Season: ?The team will rely a strong core of returning players and play an exciting, up-tempo brand of basketball. Billy O?Meara?leads the way with his range; his teammates feed off of his constant motor. Seniors Brett Robinson, Jason Schnall,?and?Justin Mandell offer complementing skill sets.

?Junior?Shane Regan?and?sophomore Ben Pearce?will run the show in the backcourt. Both players possess the vision, shooting, and attacking prowess to be difference makers this season.?Juniors Cullen Coleman and Noah Rosenthal,?and?sophomore Cade Dalton have proven their ability and will be needed to contribute on this deep team.

?With a commitment to rebounding and defending, we have all the ingredients for a special team, especially when injured?seniors Conrad Crakes and Allan Houston?return after the winter break to infuse toughness into the squad. We?ll be fun to watch.?

Returning Players: Although the team lost starting goaltender Eddie Abrams and two regulars on the back line ? Harrison Kadish and all-star Will Dodge, among others, to graduation ? they still have an amazing attack: co-captains Jack Kissell and Josh Cohen return along with sophomore sensation Charlie Keating. Kissell has been named to the Journal News? pre-season Super 6, writing, ?He doesn?t need a lot of touches in order to remain productive. Kissell has a knack for hustling to the right places at the right time and making good things happen. He had 24 goals and 18 assists last season.? 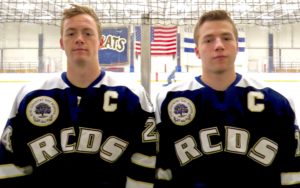 Sizing up the Season: The Wildcats should be scary good with the puck, looking to ice their third FAA title in a row. Can they keep the puck out of their own net? So far, so good: They defeated Clarkstown North on the road 8-1 and trounced Iona Prep 6-1 to open the season.

Next Game: December 12 at Hamden Hall; December 14 at home against St. Luke?s 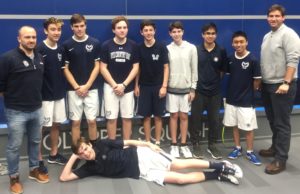 Sizing up the Season: ?We lost seven key players, so our old JV team is now the entire Varsity. Great group of guys.?

Opening Matches:?Losses to Hotchkiss and Hackley,?7-0; 4-3 loss to Canterbury 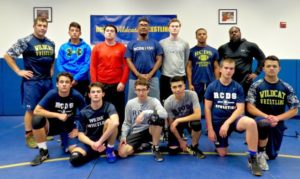 Sizing up the Season: ?Most of the teams that we face have low numbers, resulting in forfeits at various weights. Still, there are many quality returning starters back around the area.?

A Library Book That Remains Timeless and Timely

A Sports Injury to an Opioid/Heroin Addcition…. How Did We Get Here?

Susan Banker Has Seen the Dividends of Taking...